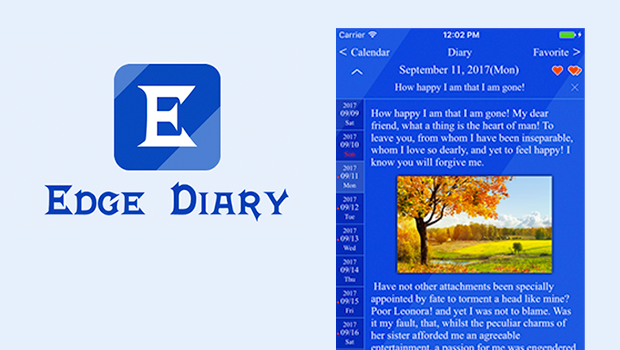 There’s an argument to be made that the diaries of the modern age are social networks. People pour their thoughts out into Facebook and Twitter without so much as a, well, thought; but instead of being secret, these newfangled diaries are wide open for the world to see. Whether people are constantly aware that they’re broadcasting to a potential audience of millions is an argument for another day, but the facts are plain to see; the old pen and paper diary is dead and getting deader. Now, there are some people online who you probably wish would keep all their musings entirely to themselves, such is the tedium of their commentary. Luckily, they, along with everyone else, now have the chance to sample a private diary with the awesome new Edge Diary, out now on the App Store!

Edge Diary allows you to keep a personal record of your stray thoughts and activities, all in the package of one smartly-designed app. Developed by Masatoshi Takahara, it’s billed as classic diary app for the mature-minded people, who want to keep their personal thoughts personal. The app features a sleek, eye-catching, easy-to-use interface which lets you jot down your notes almost as soon as you unlock your smartphone.

The app also features the cool ability to add photos to each individual post, which is a nice way to attach a visual memory or reminder to each entry you put down in your diary. If you were to do this in real life, it would take a lot of fussing about with printers, scissors and glue; with Edge Diary you can achieve the same effect with a click of a button. In fact, the app is pretty good at taking the time-consumption out of keeping a diary; you don’t even have to hide it anywhere!

You can search through all your entries, and highlight your favourite ones to revisit later. You can also insert sticky notes (like a real book!) in between the digital pages to mark out important points or half-finished entries. All in all, Edge Diary provides a sleek solution for those looking to put their thoughts down on paper before deciding whether to share them with the outside world. 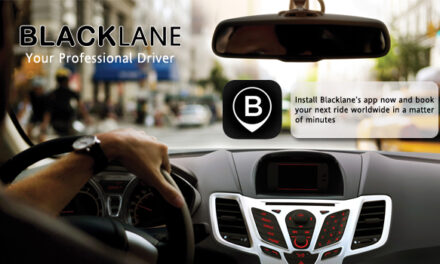 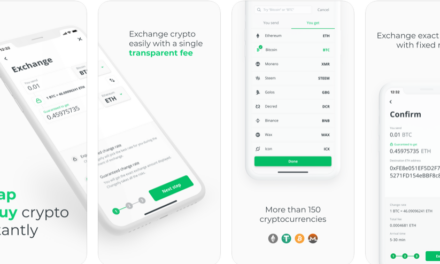 Use Changelly to Buy/Exchange Bitcoins and Altcoins 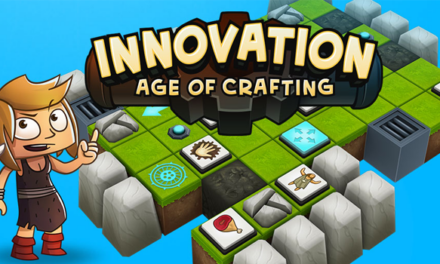 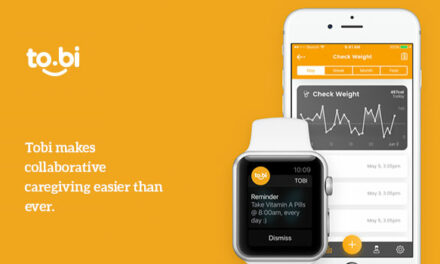