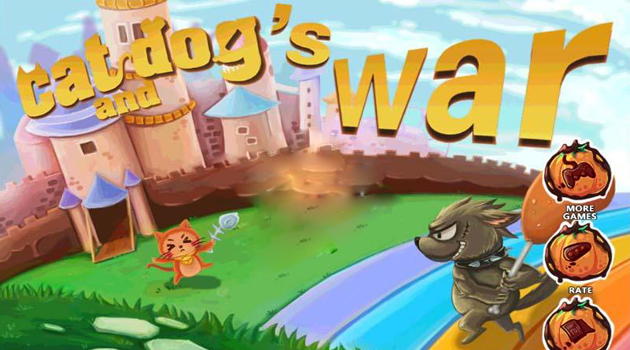 Cat vs Dog is a redesigned version of a classic battle game where two animated animal combatants throw objects at each other over a central barrier. In this case, the dog throws chicken legs at the cat while the cat retaliates by throwing fish skeletons at the dog. There are many other items which you can throw depending on the chosen level and accrued rewards. The constantly changing wind direction can either help or hinder how accurately these objects reach their targets.

The actual gameplay is simplicity itself. All you have to do is press and hold your finger on the screen to choose how much power you wish to use and then release your finger to launch an object at your opponent. Checking the force of the wind direction is advisable before throwing as it can either cause the object to travel further than expected or not quite far enough.

The game looks very similar to playing tennis in some ways, but is even easier and more fun. The individual levels are somewhat challenging and can often take a long time to complete depending on the player’s skill.

Cat vs Dog has been made to appeal more to younger players but is still enjoyable for other age groups. The high-quality animation has amusing touches such as little stars swirling when the dog or cat gets struck on the head by a thrown object. Comical-looking bandages also appear as the animals get increasingly wounded in the fight.

Sound effects are minimal but effective, and the background music is pleasant. The sounds can be always be turned off if you find them too distracting.

As with most combat games there are several power-ups available. You can use special props such as “Double Attacks”, “Stink Bombs”, and “Heavy Hits” to increase attack power and defeat your opponent more quickly. “Stop Wind” removes that annoyance and takes the guesswork out of aiming, while “Restore Blood” refills a large portion of your energy bar and allows you to continue fighting your opponent for longer. The amount of special props available increases as you complete more levels.

There are two game modes available: either single-player or two-player. Playing as the dog is the only option in single-player mode although you can also play as the cat against friends if you sign-in with your Google account. This will also allow your score to be registered on a world wide leaderboard.

Cat vs Dog is a free and fun game for Android users which is appropriate for all ages. 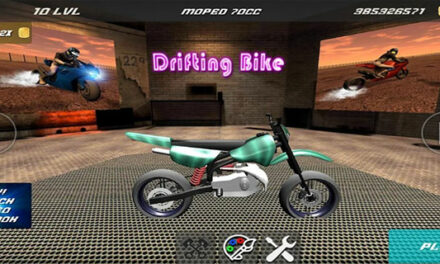 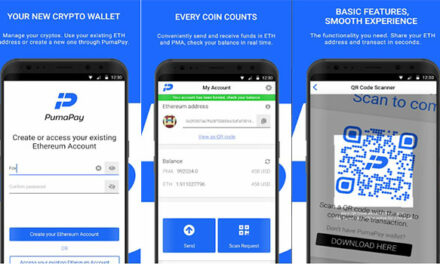 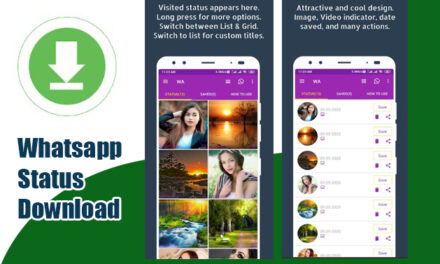 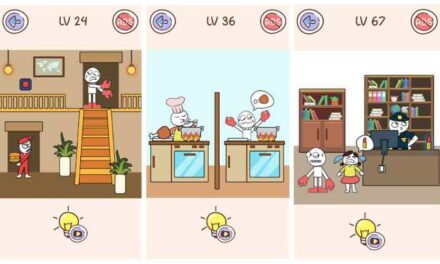