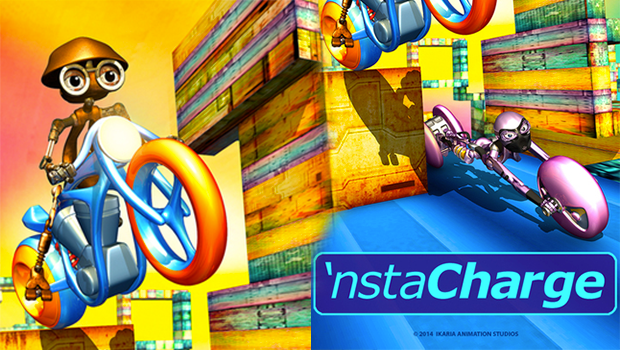 NSTACHARGE – A HEAVENLY RIDE THROUGH HELL!

Going for a long drive alone in your Porsche is everybody’s dream and it’s always relaxing after a long busy day. You can finally have some peace and keep your nerves at rest. Do you dream so? If you do, then we’re not looking for you. But we’re looking for a person who likes adventurous sports. A person who loves going out on his bike and when roads are busy, pierces through the traffic like an arrow. A person who loves his bike more than anything else! Are you anything close to that? Well, if you are, then suit up and come out of your home because we’re going on a heavenly ride through hell!

I’m talking about the latest iOS app called nstaCharge that has been developed by Ikaria Animation Studios. The app is compatible with iPhone, iPod touch and iPad and requires iOS 8.0 or any later version of the OS. This app has also been optimized for iPhone 5, iPhone 6 and iPhone 6 Plus.

nstaCharge is a fresh take on endless running games and I must say that the developers have fully succeeded in their efforts. Let’s take up Rusty, the daredevil Robot/cyclist who, from any angle, doesn’t look like a driver, maybe a bus conductor. But when he gets on his star cycle, you can just aspire to be like him. He has been asked by his friend, Lola, to drive without crashing through a cluster of cubes in the sky. These cubes are placed randomly but what’s more dramatic is that they have a mind of their own. So there’s a mind game, a game of bluffing going on at every encounter.

You have to jump, dodge or wheelie to move past a cube. A wheelie is activated by a double tap and keeps you safe from the next encounter. But it also consumes a lot of energy of your bike and therefore you must keep charging it by collecting batteries at regular intervals. Moreover, there are many tools that you’ll have to collect to upgrade your bike and make sure you end up a little extra than your last race.

The graphics are just amazing. Whether it’s our rider Rusty or the road, there’s a sense of rawness that only street games can give you access to. The gameplay is full of pace, adventurous and keeps you on the edge through the entire ride. You can never relax and keeping your fingers crossed won’t add to any concessions. But still, you’d always return back hoping to hit a higher score than your previous best effort. Also, there are many missions to complete and they’ll keep you on the loop. 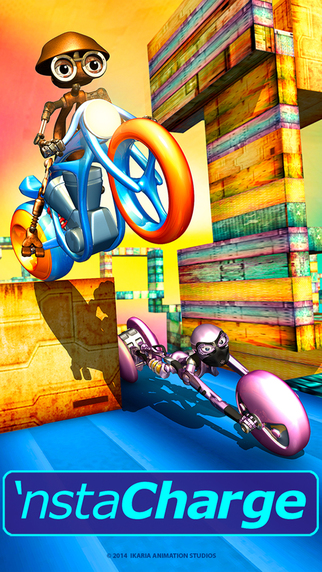 Summing up, I think nstaCharge is one such game that you should definitely play at least once in your lifetime. You can’t afford to miss this one.

This app is available for free in the App Store.

Enjoy the Christmas cheers with Ollie the AR Elf →